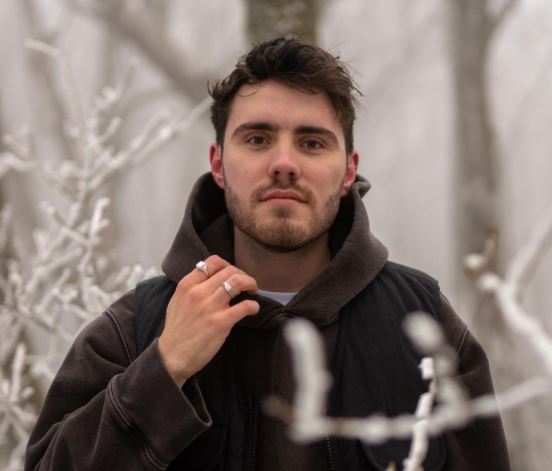 Alfie Deyes is an English vlogger, businessman, and author, best known for his PointlessBlog channel with over 4.8 million subscribers. In 2015, he was nominated for a Nickelodeon Kid’s Choice Award for Favorite Vlogger in the UK.

Where was Alfie Deyes Born?

Alfie was born in London, England, on 17 September 1993, which makes him a Virgo. He was born to parents Amanda and Nick Deyes. The 27 years old YouTuber is British by nationality and belongs to caucasian ethnicity. He shared his childhood with his sister named Poppy. Besides, he has a pet pug who goes by the name Nala.

Alfie attended Vardean School in Brighton. He then enrolled at Varndean College.

How did Alfie Deyes Rise to Fame?

Alfie started his professional career as a vlogger with his family camera at the age of 15. He posted a regular video, but it went viral that motivated him to upload more videos. He created a YouTube channel named “Alfie Deyes Vlogs” on 12 March 2010. Since then, he has continuously uploaded videos on his channel and has successfully garnered over 3.67 million subscribers with over a billion views.

Alfie has even featured the American pop singer Ariana Grande on one of her popular videos titled “Ariana Grande Does My Makeup.” He then signed a deal with Blink Publishing for his Pointless Book series and released his first book on 4 September 2014. He also made Guinness World Record for Most bangles out in 30 seconds alongside Marcus Butler.

How much Net Worth does Alfie Have?

The multi-talented Alfie has multiple sources of income. He has ventured into YouTube, music, publishing books, and business. No doubt, he has earned millions of dollars from his profession. As of December 2020, his net worth swings around $2 million.

What is Alfie’s Relationship Status?

Alfie is currently dating his long-time girlfriend, Zoe Sugg, professionally known by the name Zoella. The couple has been in a relationship since October 2012.

Alfie and his girlfriend moved in together in 2014. Three years later, they moved into another mega £1.7 million home in Brighton. They celebrated their eighth anniversary on 04 October 2020. Finally, on 06 March 2021, the soon-to-be parents announced they’re soon going to be a family of three.

Alfie stands tall at the height of 6 feet. He has a fit, athletic physique and weighs around 71 kilograms. His light brown hair and hazel eyes complement his dashing personality.

As a social media star, Alfie loves to spend time on his social media handles. He is mostly active on YouTube and Instagram. He has a verified Instagram account under the name of “alfiedeyes,” which has garnered over 3.7 million followers.