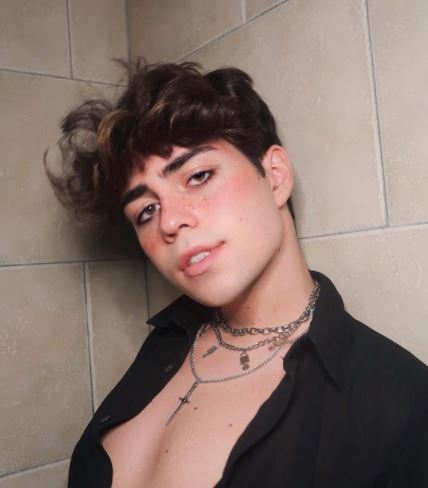 Benji Krol, a young social media personality, is globally known as a TikTok star. Besides, he is equally popular on Instagram and YouTube, with millions of followers. He is famous for his creativity and diversity as he doesn’t stick to one kind of video.

Where was Benji Krol Born?

Benji was born on 14 December 2000 in Brazil, making him a Sagittarius. The 20 years-old social media star is Brazilian by nationality and belongs to mixed ethnicity as he has English, Polish, and Argentinian heritage. He is the son of Andre and a Polish mother, Alejandra. He grew up with his two brothers Rowdy and Thomas.

Regarding his academic qualification, Benji has already completed high school.

How did Benji Rise to Fame?

Benji started his social media career through vlogging. On 1 March 2014, he created a self-titled YouTube channel. However, he started posting videos after four years. He uploaded his first video titled “What’s on my phone??” Since then, he has successfully garnered over 1.25 million subscribers with almost 36 million combined views.

However, Benji achieved global recognition as a TikTok star. His journey on TikTok was a cakewalk for him. He mostly uploads acting, dance, and lip-sync videos on his TikTok account. He has also collaborated with several other TikTok stars like Lizy Elizabeth, Sophie Sorrells, and Jadaa Blue. To date, he has over 17.8 million followers with almost 908 million likes on his videos.

Likewise, Benji has also extended his social reach through Instagram, where he has amassed over 2.2 million followers.

How Much Net Worth does Benji Have?

Benji earns a decent sum of money from different social media platforms. He typically earns between $4100-$6900 from each post on Instagram. Similarly, he earns an average salary of around $1500 to 43900 from TikTok.

What is Benji’s Relationship status?

Benji is openly gay. He was previously dating a fellow TikTok star, Jorge Garay. They announced their relationship in 2019. They were considered one of the cutest and most famous couples on TikTok. However, they couldn’t sustain their relationship and broke up in August 2020. As of now, Benji is reportedly single.

Benji has a decent height of 6 feet. He has a slim, medium-build body that weighs around 65 kg. Similarly, he has gray eyes and dark brown hair.