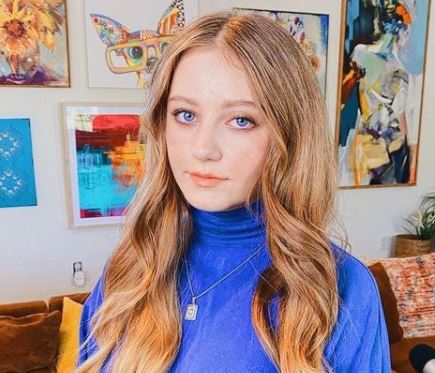 Over the past few years, social media has become an inseparable part of people’s life. Many people get attached to their idols through social media. This is why it’s heartbreaking to hear about the sudden demise of certain influencers. Landon Clifford’s death was not less than an electric shock for his fans and companions and more lamenting for his better half Camryn Clifford.

Here is everything you need to know about Landon Clifford’s wife, Camryn Clifford.

Camryn was born on 20 February 2001 in Wichita Falls, TX. The 20 years old YouTube star was born under the star sign of Pisces. She is American by nationality and belongs to white ethnicity. She was the second out of five children born to her parents. Her father used to serve in the US Air Force. She has a brother named Corbin, an older sister named Adi, and a younger sister named Aven.

Camryn and her then-boyfriend, Landon, created their YouTube channel “Cam&Fam” on 21 November 2010. But they began posting videos after seven years in 2017. The oldest post on their channel is “Gender Reveal | Teen Mom Vlog,” which they uploaded on 16 November 2017. The video garnered almost 550k views with positive responses and good reviews.

Feeling motivated, the couple began uploading more videos on their channel. Some of their earlier videos are My Story | Pregnant at 16, Cam&Fam Channel Intro, and 20 Baby Names I Love But Won’t Be Using Tag.

The most successful video they ever posted was Teen Parents: Night Routine, which they uploaded on 15 September 2018. The video has garnered over 7.2 million views as of 2021. The couple mostly uploaded videos of their vlogs,  their daily routines, several challenges, and more. They had garnered over 1.6 million subscribers with all the videos they posted with more than 229 million views.

However, after her husband’s death, she took a break and returned with the video titled “My Husband Passed Away | Telling His Story.” She now runs the channel herself.

What is Camryn’s Net Worth?

Camryn and her late husband worked hard to make their name renowned as YouTubers. They inspired many young parents to handle their kids perfectly. By making vlogs of their parenting activities, they pocketed a huge amount of money. And now, Camryn is doing her best to continue with the channel and inspire others as a single mother.

Camryn first met Landon when she moved to her new middle school. They started dating each other in 2015 at the age of 14. After two years of dating, Camryn got pregnant with their first child. They shared the news with their parents. Thankfully, their parents turned out to be supportive. On 12 February 2018, they welcomed their first child, a daughter whom they named Colette Briar.

In June of 2018, Camryn and Landon got engaged. At the time, they were both 17 years old. Finally, they tied the knot in 2019. After their marriage, Camryn got pregnant with their second child. On 15 March 2020, they shared a picture with a newborn baby girl named Delilah.

Landon is no more together with his family as he died at the age of 19.

How tall is she? Height, Weight

Camryn has a short height of 5 feet 2 inches. She has a well-maintained, fit body that weighs around 52 kilograms.