Where was Cooper Noriega Born?

Cooper was born on 28 June 2002 in the United States, which makes him a Cancer. The 18 years old TikTok star is an American by nationality and belongs to the Caucasian ethnicity. He attended Laguna Beach High School in California, where he was a part of the volleyball team. He graduated in 2020.

Cooper tends to keep his personal life private. He hasn’t revealed anything about his family background and parents.

How did Cooper Noriega Rise to Fame?

Cooper is one of those faces who created TikTok just for fun out of boredom. Luckily, his videos started gaining attention from the people, helping him grow hugely in popularity. He posts several lip syncs, short comedy clips, modeling clips, and POVs on his TikTok channel. 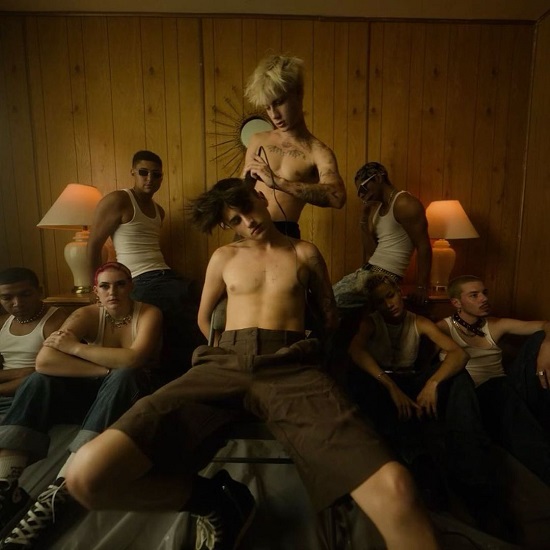 Cooper has collaborated with a lot of fellow TikTok stars, such as Biley Hubatka and Mattia Polibio. His TikTok account, coopdaddy69, has gained over 59.3 million likes and more than 1.5 million fans.

How Much Net Worth Does Cooper Have?

Cooper has earned a decent sum of money from his TikTok and Instagram account. He also makes extra income from modeling jobs, sponsorships, and endorsement deals. As of 2021, he has an estimated net worth of $100 thousand.

What is Cooper Noriega’s Relationship Status?

Cooper is currently in a relationship with a fellow TikTok star, Sabrina Quesada. The two began dating in October 2020. Since then, they have been inseparable and often share their lovey-dovey photos on Instagram. They are one of the adorable TikTok couples.

Cooper stands tall at the height of 5 feet 8 inches. He has a slim, fit body that weighs about 60kg. His natural hair color is black, and he has brown eyes.

As a social media personality, Cooper loves to spend his time on his social media handles. He is active on Instagram, Twitter, and his public Snapchat under the username of coopii2468.