Ursula Corberó has placed her name in the heart of millions as Tokyo from the hit Netflix series La Casa de Papel (Money Heist). The 31-year-old is known as a brave thief for putting her penchant for living life on the edge. As the fifth season of the series aired, the viewers were stunned to see Tokyo’s death in the final scene of the season.

Ursula Corbero was born on 11 August 1989 in Barcelona, Spain. She grew up in Sant Pere De Vilamajor. She is the daughter of Pedro Corbero and Esther Delgado. Her father was a carpenter, while her mother was a shopkeeper. She also has a sister named Monica.

How did Ursula Corbero Become Famous?

Corbero was already on the front page of the acting industry from her remarking role in Cuenta atras and Fisica o Quimica. She had her breakthrough when she played the main role as Silene’ Tokyo’ Oliveria in the Netflix series La Casa de Papel (Money Heist) in 2017. After the immense success of the series, she won the Best Actress award at the ATV Awards. 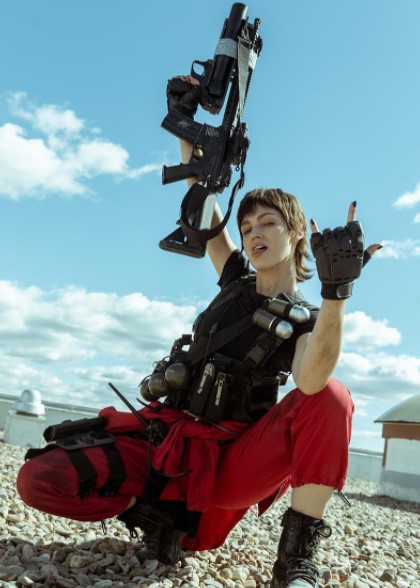 The release of the fifth season of Money Heist also made her proclaim her thrones in the acting industry. Apart from that, Corbero landed prominent roles in Crimen con vista al mar, Cloudy with a Chance of Meatballs 2, and Afterparty.

In 2021, she portrayed Baroness in the film Snake Eyes.

How much Net Worth does Ursula Corbero Have?

Following her massive success from Money Heist, Ursula has indeed robbed the net worth of $3 million from her professional career. She is the ambassador of the Forever collection by Bulgari. Likewise, she has worked with brands like Maybelline, Falabella, and Tampax, which has supplemented her income to a great extent.

Who is Ursula Corbero’s Boyfriend?

Since 2016, Corbero has been in a relationship with actor Chino Darín. She met him on the set of the television series La embajada. Since 2019, they have been living together in Madrid along with her dog named Lolita. 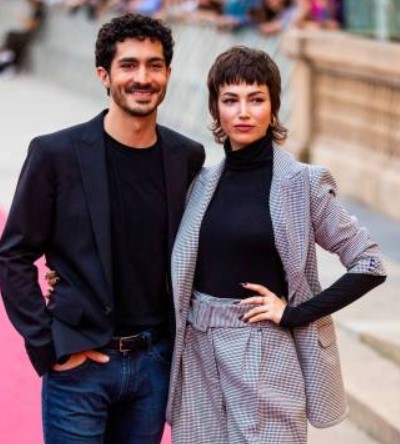 The Spanish actress has a slim body figure that measures 33-24-32 inches. She stands tall at the height of 5 feet 3 inches and weighs around 56kgs.

Corbero is active on social media with over 23.5m followers on Instagram. She has also garnered over 963.2k followers on Twitter.